The Fontana Maggiore waterproofing in Perugia 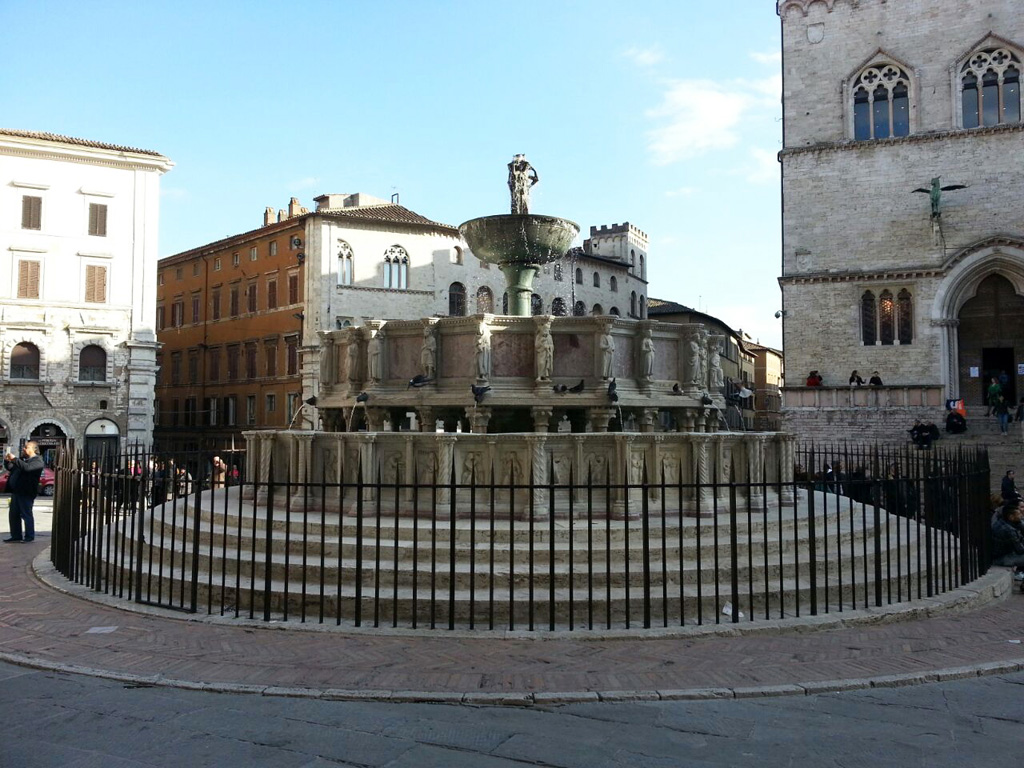 
The restoration and preservation works on the Fontana Maggiore in Perugia were carried out between September 2016 and the spring of 2017. For the waterproofing of marble basins they used Betonfix 300 osmotic mortar, as in 2015 for the restoration of the Trevi Fountain in Rome.

The Fontana Maggiore is the symbol of the city of Perugia and one of the most important monuments of the medieval era. Located in the centre of Piazza IV Novembre, it was built between 1275 and 1278 under the direction of the Benedictine monk Fra' Bevignate.

Designed in a Gothic style and made of Assisi stones by the sculptors Nicola and Giovanni Pisano. It consists of two polygonal basins surmounted by a bronze cup and three nymphs where the water from Paciano mounts flows.

The lower basin is made of a polygon of twenty-five sides and on each of them two bas-reliefs are sculpted, separated by a column. The upper basin is instead made of twelve sides. On the latter there is a latin inscription: «Guarda tu che passi la gioconda vita di questa Fontana. Se osservi bene puoi vedere cose mirabili. Sant’Ercolano, San Lorenzo, continuate a implorare. Che conservi le acque Colui che siede sopra gli astri». 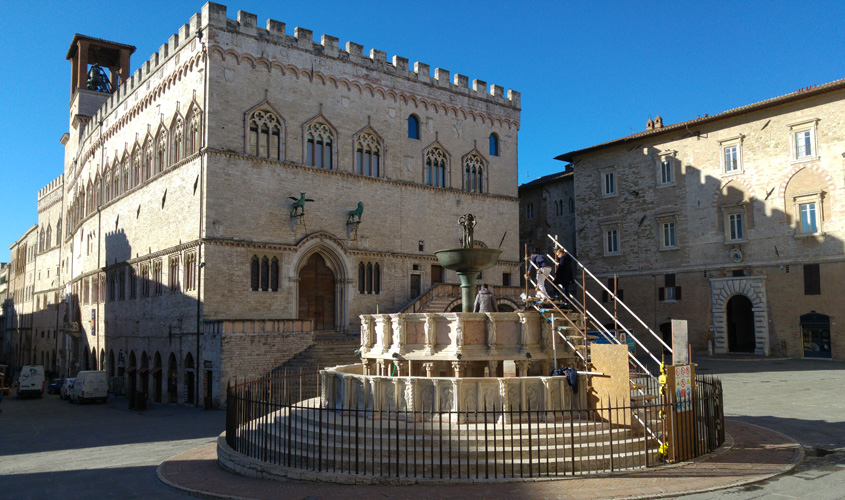 In the last few years, the Fontana Maggiore suffered several situations of degradation. Among them, the most significant one, was caused by the water infiltration caused by the detachment of the waterproofing membrane covering the basins. Infiltrations flood the square and represent a danger to the fountain itself, in fact in case of low temperatures they may cause serious damage and detachment to the travertines. For this reason, they often used to close the water supply system. This was a solution which did not solve the problem at all. It was necessary to intervene at the root to eliminate the infiltration.

The restoration and waterproofing of the basins

The restoration of the Fontana Maggiore was designed and directed by the Architect Maria Cristina Timpani of the U.O. Engineering, Cultural Heritage and Work Safety of the Municipality of Perugia and executed by COO.BE.C of Spoleto.

The project was divided into two phases. During the first phase, they consolidated the statues, the restorated the travertine stairs and the cleaned the stones and bronze surfaces.

The second phase, on the other hand, consisted of the removal of the yellow membrane and the waterproofing of the basins by Alunni Cardinali company in Perugia. The waterproofing was made using Betonfix 300 osmotic mortar, a product that seals the porosity and cracking of the substrate and ensures the preservation of the surfaces. 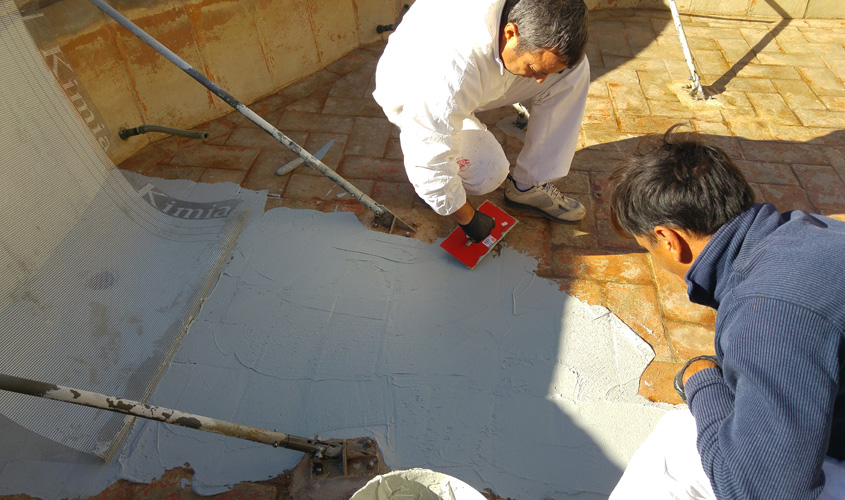 Betonfix 300 mortar was mixed with Kimitech ELASTOFIX single-component synthetic resin, providing to the waterproofing layer a greater mechanical strength, flexibility and adhesion to the surfaces. Moreover it enhanced resistance to frost and other atmospheric phenomena. Osmotic mortar was finally applied on both basins along with the glass fiber mesh with Kimitech 350 anti-alkaline foam.

Particular attention during waterproofing works has been paid to the lower basin. In addition to the horizontal surface, the support mesh and the three layers of mortar have been applied with great care even on the bases of all the columns on which the upper basin rests.

The same care has been taken in the selection of the colour of mortar. The colour version applied to the basins was chosen in agreement with the designer to ensure visual continuity with the underlying wall support. 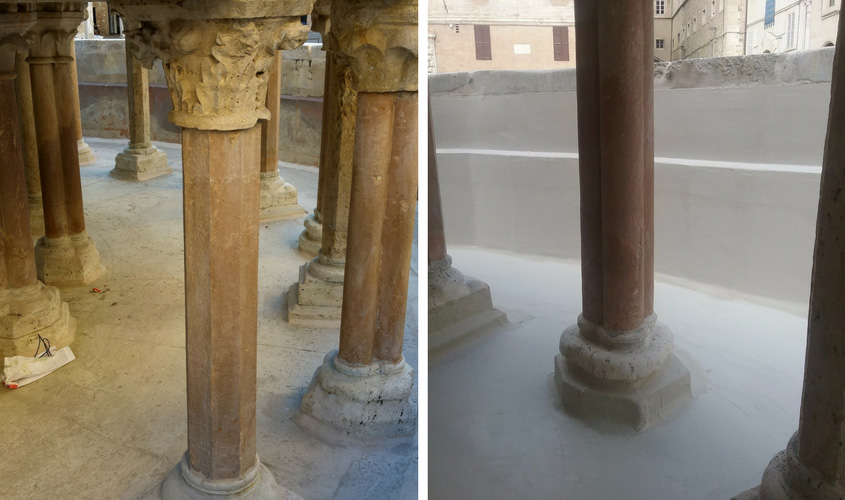 On April 8, 2017, the Fontana Maggiore was opened and the water that has flown for over 700 years, is now flowing again. On the occasion, in the presence of the Mayor of Perugia, a small but significant opening ceremony was organized in Piazza IV Novembre.