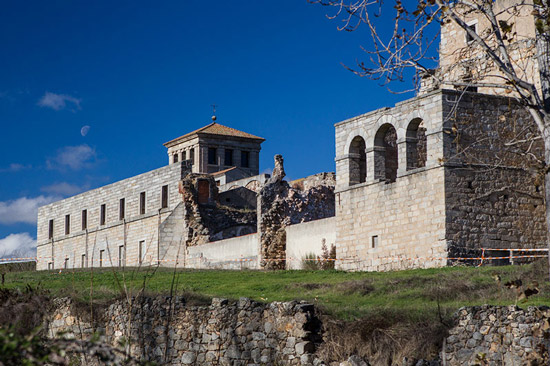 
The Monastery of Santa Maria l in Real de Valdeiglesias was built in XII century for the monastic order of Cistercensi, in Pelayos de la Presa (60 km from Madrid). The district is in a stunning pine forest, in Alberiche river valley.
During the late Middle Ages these places were chosen as a spiritual shelter by several hermits and religious people. Emperor Alfonso VII gave them royalty that led to the birth of Santa Cruz congregation and the construction of the monastery. The name of the region “Valdeiglesias” literally means “Churches Valley”.

The monastery was deserted in 1835 due to the law "Desamortizacion di Mendizabal", confiscating church properties, which were sold at public auction. The building has been in a dreadful state for a long time. Mariano Garcia Benito in 1974 restored and enhanced the building thanks to the Fundacion Monasterio Santa Maria la Real de Valdeiglesias. The monastery gained cultural prominence all over the country. 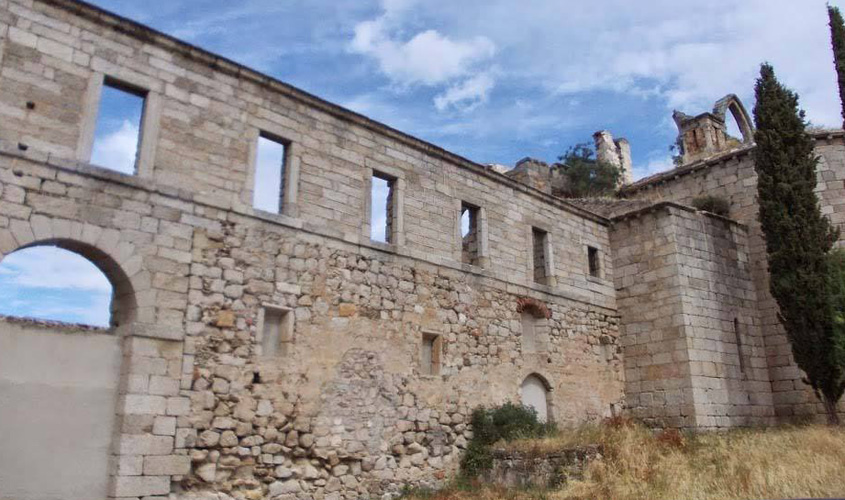 Mortar injections have recently been used in order to strengthen the walls and the arches of the building. Restoration started in 2013, it took a long time to chose the most suitable kind of mortar. Among the several products suggested by different companies, the choice was Kimia Limepor 100, an injection grouting that successfully passed strict chemical and mechanical tests.

This hydraulic lime based injection mixture is used in the strengthening of masonry by injections. Traditional production using traditional binders ensures a perfect compatibility with ancient masonry, allowing the restoration and strengthening preserving our historical heritage.
Limepor 100 is low in soluble salts in order to prevent the rising of salts to the surface. The product is able to penetrate deeply, saturating even the smallest cavities. 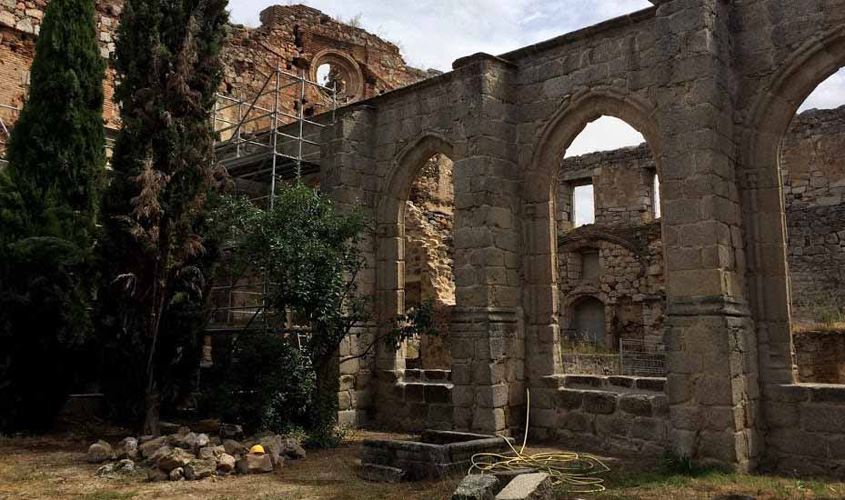 Limepor 100 must be injected into walls by means of pumps, using injectors fixed into the holes and proceeding from the lower holes towards the upper ones.
At the end Limepor MT, a natural hydraulic lime based mortar (like all Limepor range), was applied to grout the joints of the masonry.