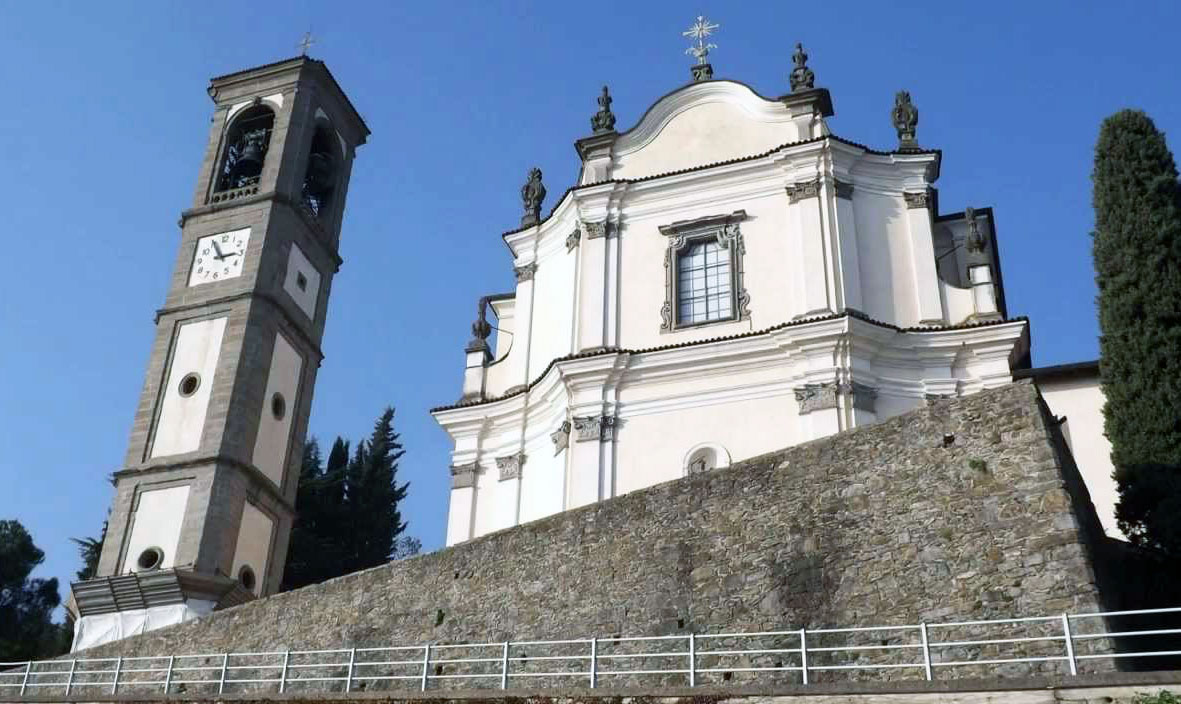 
The parish church of San Michele Arcangelo is located in Mapello, municipality on the slopes of Mt Canto, 10 kilometers from Bergamo. It was built in the eleventh century, after renovations and changes, adopted its present configuration in the seventeenth century. The church has a bell tower, erected in 1837, that houses a 8-bell concert. Tower restoration began in April 2016, and consisted in a conservative renovation of the roof and the walls. Here you are the steps of intervention and Kimia solutions adopted. 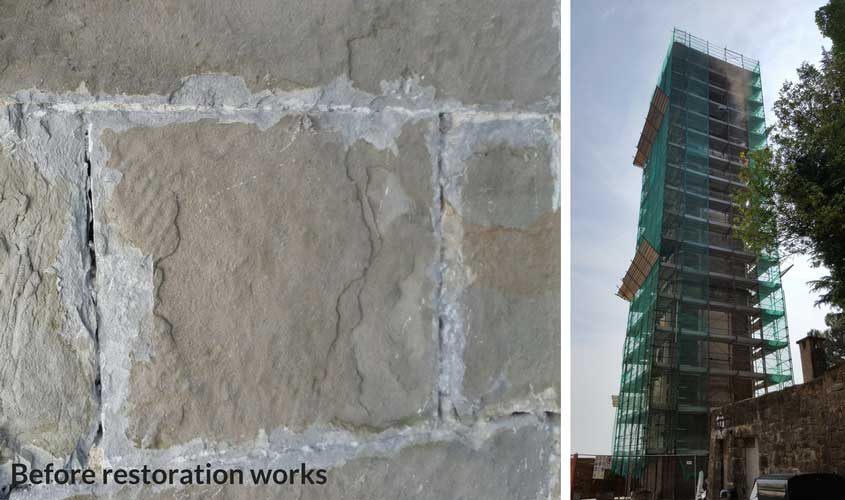 Cleaning and removal of loose particles
After the sandblasting operation, a biocidal treatment was carried out for the removal of deep moss and roots, to prevent a future regrowth. The surface has been treated with Kimistone BIOCIDA.

Reconstruction of missing parts
For the renovation of the missing parts the hydraulic non-shrinkage mortar Betonfix TX has been choosen using, for the greater thicknesses, a supporting armor firmly connected to the substrate. 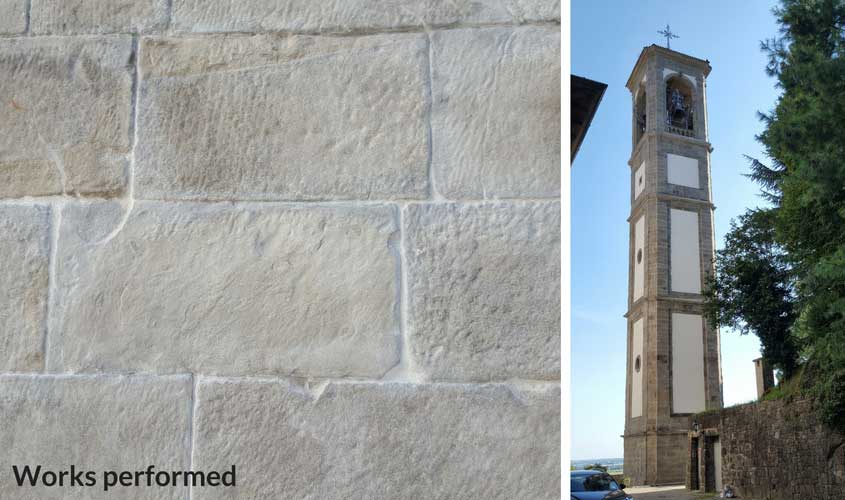 Deep consolidation of stones
The stones in almost the whole area before the intervention showed signs of "flaking", they were incosistent. This frequently occurs on clear stones because they are sedimentary and laminated. This phenomenon is greatly increased by frost but even from the stones expansion and contraction process due to temperature. The sandblasting was made in order to remove most of the incoherent areas. After that, to ensure a deep and total consolidation of stones, Kimistone KSF was applied in the most degraded areas. In the remaining area was instead used the protective Kimistone K10.

Thanks for the collaboration to our technical commercial agent of the provinces of Milan and Bergamo, Eng. Marco Bosis.