L'Aquila and the reconstruction. Interview to Marco Domanico from SismaCentroItalia.it

Interview to Eng. Marco Domanico on the reconstruction in L'Aquila and the earthquake which struck central Italy in 2016

We are now eight years after the earthquake that struck L'Aquila on 6 April 2009 and destroied the lives of its inhabitants. Today, the town is a large open-air building site and reconstruction works of architectural-monumental heritage are still in progress.

What is the current situation of the people who live and work there? This is explained by Marco Domanico, a structural and freelance civil engineer who moved to L'Aquila a few years after the earthquake to contribute to the reconstruction of the town.

Marco is an expert in structural and architectural design and is concerned with works and safety management, but not only. After 2016 seismic events, he decided to launch a blog, SismaCentroItalia.it, through which he seeks to provide useful explanations on the technical and bureaucratic processes that will lead to the rebirth of the affected territories.

Hello Marco and welcome to our blog. First of all, tell us who you are and what you do.

I graduated in structural civil engineering at the University of Calabria in 2010. After graduating with the highest marks I started my professional activity as a consultant for an important engineering company in Rome. This experience, mainly focused on infrastructures design, let me grow professionallly thanks to the direct contact with really high-skilled structural engineers.

I then continued my work in L'Aquila as a consultant in the structural field for an important engineering company of the place. There I was involved in the structural design of new and existing buildings. I am currently working at post-2016 earthquake reconstruction in my professional studio.

Why did you choose to move to L' Aquila?

The choice depended on the fact that I needed to have a direct building site experience and to see the works I designed put into practice. During the experience in Rome, unfortunately I didn't have this chance. In 2011 I dealt with the viaducts project which is now under construction. There was no better place than Europe's largest building site to deepen my experience in the field of works execution. 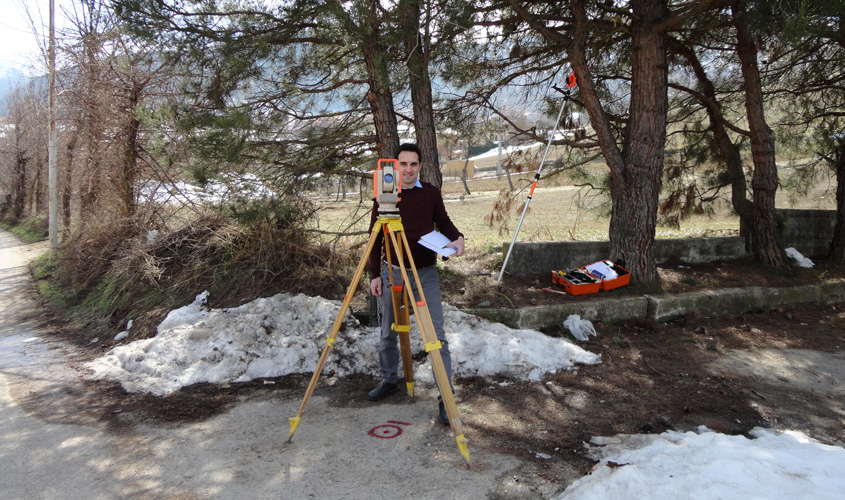 What is the current state of the reconstruction in L' Aquila?

Reconstruction is progressing with a good pace. We may say that it is at 60% of its total. The suburbs are almost completed, while the old town is a huge building site. There is still much to be done.

For many other works, projects have yet to be drafted. For example, the town hall, the master plan of the Sassa school, the building of the Local Education Authority, and many more awaiting implementation.

A symbolic case is the reconstruction of the Fire Brigade barracks. The public works council launched a tender with the integrated procurement procedure at the end of 2012 and I participated as a consultant by proposing the reconstruction with seismic isolation. The procedure was however badly managed by the commissioners and therefore cancelled.

The participants were trained to draw up the architectural, structural and plant design of the new complex. Today, nearly five years after the reconstruction funds have been allocated, the barracks are a huge excavation of the demolition of the damaged building. 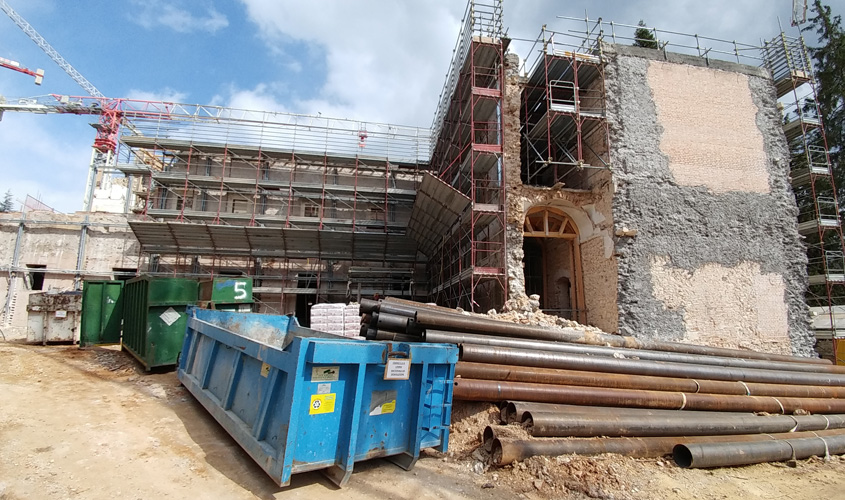 The reconstruction of the Government Palace in L'Aquila

What has worked in the reconstruction?

After the recent seismic events, those who have struck Amatrice, Norcia and other countries of Central Italy, we can say that despite all its shadows, the L' Aquila emergency phase was exceptional. Within a few months with the project "C.A.S.E", a home was assigned to thousands of displaced persons and the first building sites for the repair of minor damages were open (the results "B" of the AEDES sheets).

Generally speaking, I believe that businesses have proven their technical-executive skills. I have seen great building sites and works, and some of the old town buildings are now amazing thanks to some prestigious designers and companies.

Concluding, the earthquake of 2009 favoured the dissemination of anti-seismic technologie never used in Italy in the past, as insulators and carbon fibers. Today, these technologies are more common and are applied across the national territory, with the obvious benefits that come from it.

What instead did not work?

On this question you could write a book. Certainly the bureaucracy did not work, as the concentration of jobs for a few professional studios did not work. Most of all, however, did not work for public reconstruction.

Billions have been spent on private reconstruction, but today, eight years after the earthquake, boys are still in school in the MUSP, temporary school units, while public offices are paying expensive rents in private buildings.

At the end, it did not work to get an economic compensation equal to the value of your home. This impoverished the territories affected by the earthquake entrusting to public management improper buildings. 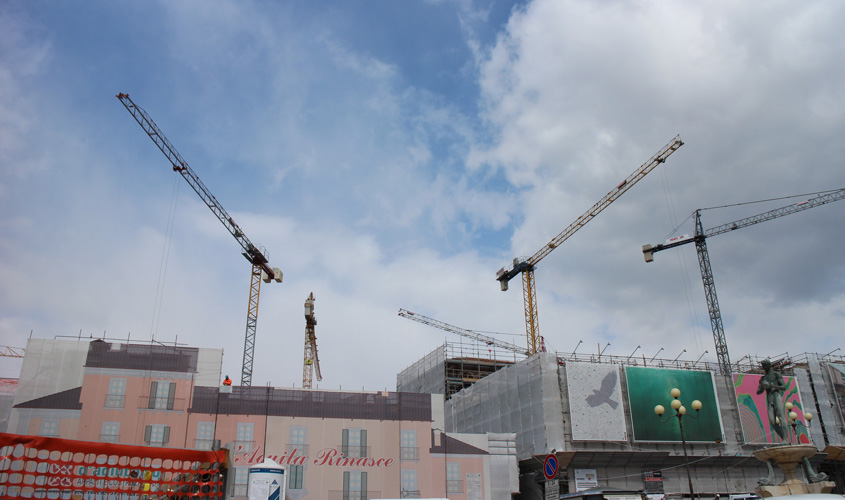 In your daily activity, what kind of issues do you face the most?

The interpretation. The uncertainty of the rules. I spend most of my professional activity studying complex rules which are finally not applied at all. This is true for facilities, urban planning, security. I believe that a greater simplification can produce a more timely application with benefits for the entire building industry.

What kind of works and materials are largely use in buildings structural consolidation works?

No doubt composite materials. FRP, GFRP, FRCM and steel metallic fabrics were unknown in the past but now are perfect for the technicians involved in the reconstruction. These materials allow an increase of the strength of structural elements by combining an easy and fast installation together with reduced application dimensions.

The earthquake of 2009 also, as I have already said, has brought a large-scale use of elastomeric and pendulum sliding seismic insulators. Insulation technology has also proven to be applicable to historic buildings of great value such as the Emicycle building in L'Aquila.

Talking about the recent earthquake in Central Italy. What is the lesson we should learn from what happened?

At every seismic event, the fragility of the Italian building heritage is brilliantly visible. Yet, the succession of these phenomena does not seem to raise the awareness of our country.

A home is not forever. Our system of laws requires us to revise the car every two years, we replace the phone every two, the car every ten, but no one is concerned about the structural security of the home where we spend at least 60% of our life.

So, I wonder why there is no obligation to assess structural safety at ten-year intervals. If the safety values ​​were lower than certain thresholds, the owner should be obliged to intervene, as long as the loss of habitability is avoided. Clearly, all this should encourage, like the earthquake bonus, the protection of the weaker population.

Norcia has shown that serious structural interventions, such as those carried out after the earthquake of 1997, can avoid the collapse and the catastrophic scenarios seen at Amatrice, Accumoli and Pescara del Tronto. 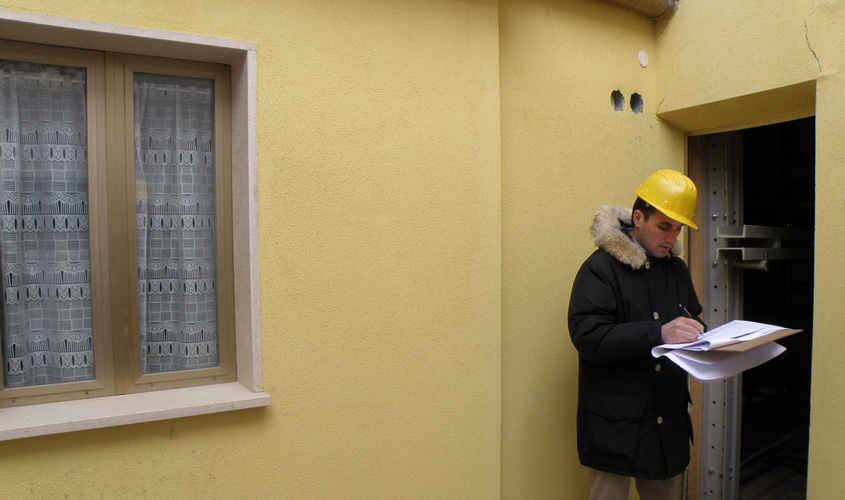 What do you recommend to those who have damaged home?

My advice is to entrust the consolidation project to a specialized structural engineer. Structuralists have greater propensity and sensitivity to the issue of structural safety.

In all North European countries, the trend is to work in design teams, each with its own peculiarities. In Italy it tends to entrust the whole project to a trusted technician. There are technicians who rightly rely on experts of structural calculation, but when that does not happen, security results are not the best.

What can we do to increase the level of security of our home?

You have entrust the project to a structural engineer and study with him the right compromise between security and economic outlay. Today, with the earthquake bonus, there are interventions - especially for masonry structures - which can literally save lives.

Let me take an example: a customer of the Marche region, own to the quakes of August 24, 2016, added chains on its masonry structure. Well, after the October earthquakes I made a survey on the construction and I can surely say that the works saved the life of those who were in the house during quakes. To conclude, satisfying security results can be achieved even with low cost.

Finally, let's go back to you. Do you have a dream or a particular goal for the future?

Yes. I would like to write a book on seismic reconstruction, focusing on the feasible kinds of works and on the most effective technologies. I hope there is some publishing house willing to satisfy my writers' beliefs! 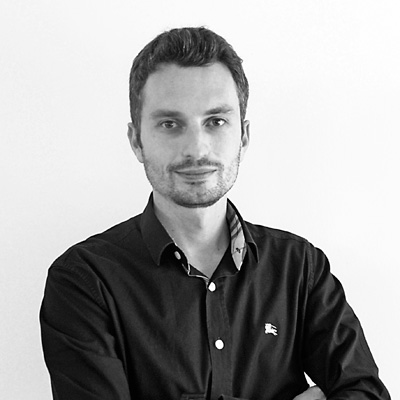